Cannabis users in Arizona may be confused or unclear about recent changes to the law and what is and is not allowed under its provisions. Proposition 203 allows legal possession of up to 70 grams, or 2-1/2 ounces, of THC on a bi-monthly basis. More details can be found here about laws and medical cannabis allotments What does this mean to the cannabis patient?

Possession Of Cannabis In Arizona

Those who use cannabis for medical purposes must have a doctor’s recommendation as well as an Arizona government-issued identification card such as a driver’s license. Many general practitioners are reluctant to write a recommendation for cannabis, so it may be necessary to make an appointment with a naturopath or a specialist if you need a recommendation. The main determining factor that the law requires is the presence of a debilitating illness. This can be cancer, fibromyalgia or any other ailment or combination of ailments that can cause excruciating pain. They can be genetic or the result of an injury. The cause is irrelevant: It’s the existence of the ailment that’s important.

What Forms Of Cannabis Are Legal In Arizona?

Most forms of cannabis are legal in Arizona, including:

Seeds are also legally sold in Arizona but are subject to cultivation restrictions and patients can only buy so much medical marijuana at one time.

What Are The Limits On Purchasing Cannabis In Arizona?

At present, cannabis stores can operate from 7 a.m. To 10 p.m. However, each city is permitted to establish operating hours within those time frames. Click here to find a location near you that sells cannabis.

What Are The Laws Regarding Consuming Cannabis?

Current law provides that cannabis must be consumed on an individual’s private property and in an area that’s not visible to the public. Consumption of cannabis in a vehicle or in a park or in any other public area is prohibited.

Can I Use Cannabis And Drive?

How Can Cannabis Be Transported?

Can Cannabis Be Legally Exported?

The simple answer is no. Even though cannabis is legal in Arizona, it isn’t legal in many other states and law enforcement is very strict about adherence to current cannabis laws. Some people have been profiled and had their vehicles searched, so even though it’s tempting to take some home, don’t do it. Mailing it is also illegal and in 2014, more than 320 packages of cannabis were confiscated by the U.S. Postal Service. This can result in jail time and substantial penalties and fines, so resist the urge to mail some to your home.

Is Cannabis Legal On Federal Land In Arizona?

Even though you’re allowed to possess cannabis in Arizona, federal properties such as courthouses, national forests and parks, monuments and tourist attractions, including ski runs, do not allow possession or use of cannabis on the premises. Those who are caught possessing cannabis can incur a fine of up to $1,000 and one year in jail for the first offense. A second offense requires a minimum of 15 days in jail and up to two years in prison. Subsequent offenses can incur a $5,000 fine and up to three years in prison, so it’s really not worth it to violate this law.

What Are The Laws About Cultivating Cannabis In Arizona?

Those who medically require cannabis and live more than 25 miles in a straight line from a dispensary, are permitted to cultivate as many as 12 plants. However, the plants must be in a locked, enclosed space, and although the law is vague about the amount that can be kept, current thinking is that the patient must remain below the limit of 2-1/2 usable ounces.

Caregivers can grow up to 60 plants if they have five patients that require it. Again, the plants must be cultivated in a locked and enclosed facility. Although patients must live a minimum of 25 miles from a dispensary, there is no such requirement for a caregiver. Click here to read the full text of Proposition 203 regarding cultivation of cannabis.

Have You Been Affected By Arizona’s Cannabis Laws? 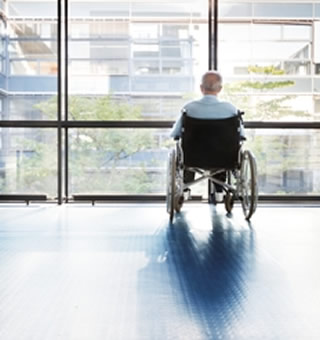 Harvest Health and Recreation (HOC), a Phoenix-based marijuana operator that exists in multiple states, is in litigation with Interurban Capital group. Interurban formerly owned the Have a Heart dispensary